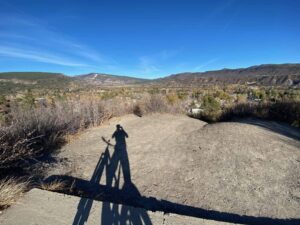 I do this work all the time; it is called patent application prosecution. I know pretty well what my average cost is for this kind of work, and it exceeded his budget.  Further, in my experience, patent applications written by inventors require far more work than ones written by attorneys, which means the costs would likely continue to rise in this case. There are a lot of rules and pitfalls that an inventor doesn’t know about and will usually run afoul of when writing an application, and these then have to be fixed if the application has any hope of maturing into a patent. For that reason primarily, I don’t take on clients who have written their own applications anymore. I do caution them, however, that it will be difficult and expensive to get a patent, and so they should make sure that attorney they do hire discloses this to them.

The caller I spoke with last week fit this profile, and so I declined to represent him. I am fairly direct when I deal with clients. I always try to set expectations from the outset, because I don’t want them to be surprised with an outcome later on. I was direct with this client as well, but perhaps too direct; he told me later that he felt insulted, condescended, and violated, which was of course never my intent. And that is the reason for this post: I need to learn from this and to better appreciate and understand each client and their unique position. While I will always tell clients only the truth, I am reconsidering my manner of delivering that truth.

I asked the client for permission to post his feedback, but he did not respond to that request. However, I think it is worthwhile for all potential clients to understand why I am direct and why I set expectations. To that end, I am posting my response alone, with some information removed and changed. I wrote:

Thank you for this note. I am quite upset by the thought that I made you feel so poorly. I only meant to set your expectations for what is possible in your patent application. Most of my clients appreciate being told what the road ahead presents. Nevertheless, I must have been too blunt, and for that I am truly sorry in how it affected you. I will try to be mindful of this in the future, so thank you for the feedback. With your permission, I would like to post and respond to your comment on my blog for the benefit of others.

And now, I’d like to repeat what I said on the phone, as it is general advice that applies to all. Indeed, I wrote about this four years ago because it is an issue I have seen arise time and again.

Please be careful when selecting your attorney. Your case will require significant time and work, because all patent applications do. Beware any attorney who tells you otherwise – patent applications routinely cost $10,000 and take years to prosecute. The ability to successfully prosecute a patent application depends largely on the quality of the app as originally filed. And the ability to successfully prosecute an application that was written by the inventor is often reduced. I apologize if this felt like an attack on your writing abilities; it was not. The U.S. Supreme Court stated in 1892 in Topliff v. Topliff that a patent application “constitute[s] one of the most difficult legal instruments to draw with accuracy; and, in view of the fact that valuable inventions are often placed in the hands of inexperienced persons to prepare such specifications and claims, it is no matter of surprise that the latter frequently fail to describe with requisite certainty the exact invention of the patentee, and err either in claiming that which the patentee had not in fact invented, or in omitting some element which was a valuable or essential part of his actual invention.” I first wrote about this nine years ago.

As I noted on the phone, when I have taken over a case written by an inventor, the work always ends up costing more than if I had done it from the beginning. For that reason, I don’t take on this kind of work anymore. That, and because I am currently very busy, is why I told you I cannot help you now.

Preparing a response to a rejection from the Patent Office involves a lot of uncertain work. It is likely 10-20 hours of work to file one response. And a response doesn’t automatically issue the patent; further responses are often necessary, especially in inventor-drafted apps. Again, as I explained on the phone, one’s ability to prosecute an application to grant is greatly dependent on the disclosure presented when the application was initially filed. If that disclosure is limiting, the chance of success in a patent application will be diminished, if it is possible at all. That work and risk translates into expense. Any attorney you interview should be honest with you about this process and the costs.

Indeed, I specifically recommended that with whoever you hire, make sure to ask them about the chances for patentability, the scope of potential patent protection, and the cost and time for getting there. You must make a reasoned business decision based on those factors when deciding whether to move forward or abandon any application.  Throughout the patent process, I advise all my clients of these factors so that they can make such decisions.

I concluded the note by offering to conduct another phone call to address this information only. I have not received a call back, however.