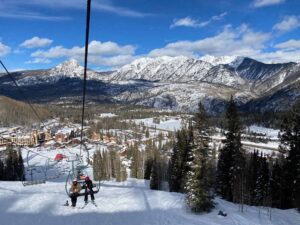 Trademarks are fundamentally about preventing confusion regarding the source of a product or service.  Consumers who encounter two similar trademarks in the marketplace might mistakenly believe that the products come from the same source.  This can allow one company to unfairly ride off a competitor’s goodwill.

Trademark law prevents a company from improperly using a mark too similar to another’s.  This occurs through two mechanisms: first, trademark infringement, and second, trademark registration.  Infringement is an adversarial sorting-out between two parties in which one party’s use of a mark is challenged.  The law prohibits ownership of two similar marks, and infringement proceedings determine who has senior rights.

Trademark registration is an application process with the federal government, where a single party requests that it be granted broad, national, recognized rights in a trademark.  When an applicant files for registration, the application is assigned to a federal Trademark Examiner, who reviews the application on formal and substantive grounds.  A major part of this review process is conducting a trademark search.  The Trademark Examiner runs the search on the Trademark Office’s records only.  If he or she finds a mark which is similar, the possibility for a refusal arises.

Common ownership may exist where the applicant and the owner of the underlying mark are related.  Some relationship between the two companies does not automatically establish common ownership, however.  Rather, there must be a sufficient relationship such that the products or services essentially emanate from a single source, and “source” encompasses more than just “legal entity.”

In addition to the existence of a legal relationship, there must also be a unity of control over the use of the trademarks.  “Control” and “source” are inextricably linked.  If two companies, related in some way, nonetheless are able to exercise their own separate, independent control of the nature and quality of their goods and services, then they exist as separate sources, and a refusal will be issued.  If, however, control of the two companies’ offerings is coordinated, controlled centrally, or otherwise consistent with each other, it is likely that common ownership exists, and a likelihood of confusion refusal would not be issued.

As an example, imagine tow trademark applications filed for two different companies, but based on similar marks and similar services.  The Examiner issues a warning of a potential rejection based on similarity of the marks.  The names of the companies are completely different, but the Examiner notices that the addresses were the same.  The Examiner may be perceptive enough to ask whether common ownership existed.  Indeed, in this case, that is true: although the companies are separate, they are owned by a single person (running an office from a single address).  He makes all sales decisions, all marketing decisions, etc.  In short, a single person controls all decisions about both companies.  The Examiner would accept such an argument and abstain from issuing a refusal.