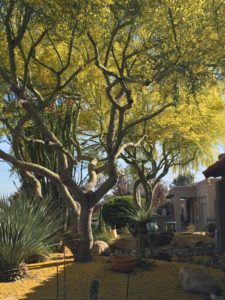 The scope of protection of a design patent is defined by the drawings presented therein.  In that way, design patents can often seem like a very simple or straightforward form of protection: show some drawings in an application, file it, get a patent a year later.  Not quite.

“The necessity for good drawings in a design patent application cannot be overemphasized.  As the drawing constitutes the whole disclosure of the design, it is of utmost importance that it be so well executed both as to clarity of showing and completeness, that nothing regarding the design sought to be patented is left to conjecture.  An insufficient drawing may be fatal to validity … Moreover, an insufficient drawing may have a negative effect with respect to the effective filing date of a continuing application.” – MPEP 1503.01

The Patent Office quote indicates how important drawing quality is from a validity and examination standpoint, and acknowledges the subtle dangers in haphazard drawing generation.  However, to this should be added that good drawings will also drastically affect the strength of a design patent.

The creation of design patent drawings has to be undertaken very carefully.  The lines illustrating the design are shown in solid lines and broken lines.  Solid lines define the actual protected design, while the broken lines show contextual information.

Broken lines may be drawn along a boundary that does not actually exist in reality.  For example, while broken lines are often drawn along real lines, such as the edge or corner of a table, broken lines could be shown extending across the face of the table’s smooth top.  This would show that the top – or a portion of the top – is not claimed.  Creative and flexible use of broken lines can drastically alter the scope of the design patent protection – intentionally or unintentionally.  They also present a powerful to build a packet fence around a design.  Apple granted multiple patents on the iPhone design, each with a different permutation of broken and solid lines:

There are a lot of ways to prepare a good design patent application, and a lot of ways to mess it up.  When considering design patent protection, I strongly recommend you hire a registered patent attorney to do so, and that ensure that that attorney uses a professional patent draftsman experienced in creating design patent drawings for the United States.  You will rely both on the expertise of the attorney in deciding what views to show, how many views to show, and what material should be claimed and unclaimed, and also on the ability of the draftsman to deliver on instructions from the attorney.