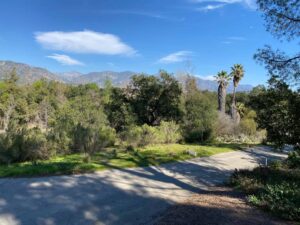 About two months ago, the Trademark Office announced entities would have to begin disclosing their personal email addresses in trademark applications and trademark registrations.  I joined almost 200 trademark attorneys in protest of this rule.  We argued that it would expose clients and pro se applicants to spam emails, would eliminate applicants’ privacy, and would provide no real benefits.  The Trademark Office caved on some filings, but not all, and we were required to disclose applicants’ email addresses.

The announcement from the Trademark Office:

Trademarks on Software During Beta Testing

A trademark application filed with the United States Patent and Trademark Office must meet certain requirements to be eligible for registration.  At some point, almost all trademarks must be deemed “in use” before the Trademark Office will register them.  “In use” is short for “in use in commerce,” which itself is short for “in use in commerce that can be regulated by Congress,” i.e. interstate commerce or activities that impact or affect interstate commerce.

But the law is defined by its contours, its grey areas, and beta testing of software is one of them.  Beta testing, most frequently associated with software, is the practice of releasing a product to a group of customers who not only use it, but test it.  They may provide direct or indirect feedback about its operation.  It is a near-real-world test, allowing the owner to find and fix issues before a widespread release or launch.

Because beta testing is often experimental, limited to a small number of customers, and done without a fee exchange, questions arise as to whether a trademark used in beta testing is “used in commerce.”  There are no clear answers here.  Courts have found beta testing to be either sufficient or insufficient to establish trademark use, each case having its own set of facts that leaned one way or the other.

There are some factors that be evaluated to attempt to determine whether a trademark is in use during beta test.  More testers are more likely to be considered “in use.”  Testers outside the state that the company is in will weigh toward a finding of use in commerce.  Arms-length testers – not friends and family – will help lean toward use.  If the beta testing is consistent with other forms of beta testing in the ordinary course of trade within the relevant industry, use is more likely to be found.  The beta testing should not be simply marketing, but rather be part of an ongoing and eventually successful march toward launch.  The more widely available the beta testing is to the public, the better.  The consistency and normalcy with which the beta tested product is marked can affect the “in use” determination.  These factors are not determinative or exhaustive – others may exist and may be more influential, so it always a good idea to contact a trademark attorney to discuss whether your particular use of a trademark is sufficient.

Lastly, to emphasize that this not a clear test, here is an excerpt from some of the Trademark Office rules:  “Specimens for software may also indicate that the software is a ‘beta’ version. This term is commonly used in the software field to identify a preliminary version of a product. Although some beta products may not be made available to consumers, others are. Thus, the appearance of this term on a specimen for software does not, by itself, necessarily mean that the relevant goods are not in actual use in commerce or that the specimen is unacceptable. However, if examination of the specimen indicates that the beta version is not in actual use in commerce, the examining attorney must refuse registration … because the applicant has not provided evidence of use of the applied-for mark in commerce. ”  TMEP 904.03(e).

We frequently handle software-based patent and trademark applications.  If you have questions or are in need of an attorney with experience in software, please don’t hesitate to contact Tom or call +1-602-281-6481.

When a Trademark is Primarily Merely a Surname

Trademark law states that any mark that is predominantly a last name cannot be registered as a federal trademark on the Principal Register.  The law identifies such a name as “primarily merely” a surname, meaning the primary – not the secondary – meaning to the public is that of a name.  In contrast, names like “Cotton” or “King” function as surnames but also have separate, more prominent meanings as words in everyday language, and thus are not considered primarily merely surnames.  However, the line between “primarily merely a surname” and not can be a difficult one to find.

The law regarding what is and isn’t a surname was originally intended to exclude registration of common names like “Jones” and “Johnson,” but it has morphed through the years in cases and statutes.  The touchstone of the modern analysis, however, is determining the primary significance of the term to the public.

The Trademark Trial and Appeal Board (TTAB) has now established five factors for making that determination.  Those factors include: 1) whether the surname is rare; 2) whether the term is the name of anyone connected with the applicant; 3) whether the term has any other recognized meanings; 4) whether the term has the look and feel of a surname; and 5) whether the stylization of the lettering is distinctive enough to create a commercial impression separate from the term itself.  The factors are considered together; it is possible for one factor to be given greater weight or for other factors to be minimized.

A surname that is rare, bears no connection to the application, and carries other meanings would likely have a good chance of successful registration on the Principal Register.  Further, there are ways that a surname that doesn’t pass the five-factor analysis could still be registered.  Marks that have historical significance (such as DA VINCI or SOUSA) can be registered.  However, other marks fail the historical-significance test (BINION’S has been denied registration because the applicant’s role in developing gaming in Las Vegas was considered insufficient to raise him to the level of a historical figure).

Acquired distinctiveness can also allow registration of a surname, which may be how companies like Gibson or Ford came to register their trademarks.  By the time those companies applied for a trademark, the public already recognized “Gibson” or “Ford” as having significance to certain products.

The determination is often extremely subjective, and can thus be very difficult to predict.  Suitably, in 1988, the TTAB decided PIRELLI was primarily a surname with an explanation that included: “certain rare surnames look like surnames and certain rare surnames do not and … ‘PIRELLI’ falls into the former category…” (1).

Regardless of the intricacies of what is and is not considered a name, the surname rule is a useful tool for looking at how trademarks are supposed to function.  The most basic purpose of a trademark is to identify the source of a product and distinguish it from the products of others.  Invented marks like XEROX are often the strongest type of trademark because there can be very little confusion regarding to whom the mark is referring.  Surnames do not serve this purpose as  well since they can be connected to any number of different sources.  As surnames can be shared across many unrelated families, the registration of a mark that functions primarily merely as a surname might unfairly prevent someone else with the same name from using it in their business.