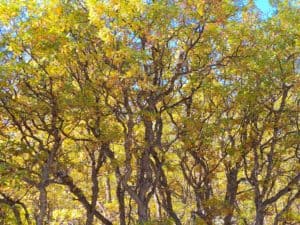 A trademark can sometimes be rejected if it is ornamental. This most frequently occurs when the goods are clothing, as I have written before. If your mark is rejected on this basis, there are few escape paths. Secondary source may be one, though.

As an example, a university may authorize its name to be emblazoned across the front of a sweatshirt. If large enough, the name on the sweatshirt is not actually a trademark, because it is merely ornamental. Ornamental “marks” cannot function primarily as trademarks; they are just decoration. However, in this case, the mark is still a secondary source indicator of the university’s educational services. The school would have the opportunity to submit evidence that it provides those educational services under the same mark (the school name) and that evidence would overcome the ornamental refusal.

Frequently, evidence of secondary source is simply a prior registration of the same name for other goods or services. The trademark rules break down a few situations:

Notably, intent-to-use applications will not support secondary source arguments. For example, in In re Paramount Pictures Corp., 213 USPQ 1111, 1112 (TTAB 1982), the Trademark Trial and Appeal Board held that MORK & MINDY was registrable for stickers because the applicant had a television series with the same name and had previously registered the name for various goods and services. The Board found that the primary significance of MORK & MINDY to a sticker consumer was to indicate the television series and the principal characters of the television series. The Board followed the rule from in In re Olin Corp., 181 USPQ 182 (TTAB 1973) (stylized “O” design registrable for T-shirts, where applicant had previously registered the “O” design for skis), where the Board stated:

It is a matter of common knowledge that T-shirts are “ornamented” with various insignia . . . or … various sayings such as “Swallow Your Leader.” In that sense what is sought to be registered could be construed to be ornamental. If such ornamentation is without any meaning other than as mere ornamentation it is apparent that the ornamentation could not and would not serve as an indicia of source. Thus, to use our own example, “Swallow Your Leader” probably would not be considered as an indication of source.

Lastly, if ornamental use is the only kind of trademark use, then even widespread ornamental use will not establish that a mark functions as a secondary source indicator. Rather, there must be at least some underlying use of the trademark on other goods or services.

Secondary source is an easily confused topic and is only appropriate in some situations. Contact a local trademark attorney to discuss whether a secondary source argument may help your particular case.