Many say cannabis is the next “Wild West.”  Although a convenient metaphor, it is not entirely appropriate.  Expansion into the American West was full of risk, speculation, and fraud.  The growth of the cannabis industry has been continuous and risky, and while some of the players in the industry have questionable practices and ethics, most are sophisticated business people strategically watching the market and the law. 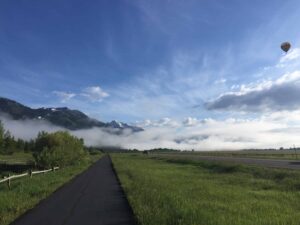 For cannabis, companies must negotiate a complex and evolving patchwork of state and federal laws.  Both levels of protection can be used to gain greater security.  Federal protection is advantageous because it is centralized, national, and thus likely to be cheaper and easier to maintain and administer.  However, federal protection has been slow to evolve, and has been risky to pursue.

The availability of federal cannabis trademark registration has waxed and waned in the past ten years, and in the last year has been completely thrown for a loop.  While THC-related trademarks have always been impossible to register, CBD-related ones could be through certain avenues.  Trademark Examiners began issuing rejections against THC marks under the Controlled Substances Act (“CSA”) a few years ago – but did so inconsistently.  The industry hoped that the 2018 Farm Bill would remove the CDA blockade, and it did, but only for trademarks used in connection with products that contain certain minimal levels of CBD only.  However, the Trademark Office also began citing the Food, Drug, and Cosmetics Act (“FDCA”), administered by the FDA, which prevents the sale of anything containing a product that is under clinical investigation by the FDA.  As such, any CBD-containing product which is edible or ingestible – and some CBD products which are topically applicable – now cannot be registered for trademark protection.  Federal law has been a moving target for the past year or two, which has caused trademark owners to file trademark applications, change strategy midstream, split applications into risky and less risky new applications, and generally just keep their fingers crossed during the whole process.  While average processing time for most trademark applications can be 6-12 months, cannabis trademark applications are much longer.

State trademark protection can be much easier to obtain, but it has to be done on a state-by-state basis, obviously.  This can become expensive and more difficult to keep track of.  Additionally, some of the states have changed their rules governing what is and is not permissible, requiring trademark owners to continually re-evaluate their approach.

Patent and copyright protection is much more straightforward, because they are not dependent on some of the same vulnerabilities that trademark protection has.  While trademark protection must be based on use – and thus lawful, permitted use – patent and copyright protection is not so limited.  A CBD or THC related invention is a patentable invention (presuming it meets all requirements of patentability) – and its quasi-legal subject matter does not negate that.  Same with copyrights – as long as the subject matter is something which is original and creative, it can be protected with copyright.

Despite this, we find that trademark protection is the one that cannabis companies usually want.  We work with a number of clients in this space and find that copyright is a secondary concern and patents a tertiary one, if at all.  Generally, protecting the name, the logo, and the brand is of the highest importance.  As a result, we spend a lot of time discussing strategy, short- and long-term risks, and what the road ahead holds for the client.