Fee Changes at the Patent Office 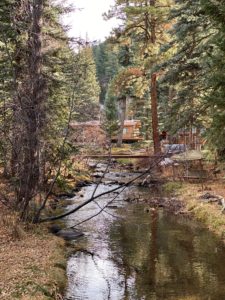 The Patent Office has raised many of its fees.

The Office attempted to soften this fee increase by explaining that it is the first raise in almost three years, it nevertheless comes in the midst of a pandemic where many are struggling to meet their financial obligations. Larger companies may not be greatly affected, but smaller companies, start-ups (especially self-funded ones), and independent inventors are disproportionately impacted by these fee changes. It is somewhat disappointing to see Office continue with these changes despite the current economic situation of most Americans.

Nevertheless, the Patent Office is largely self-funded and budgeted, and it is not immune to rising operational costs. As a consequence of mandated internal reviews of fees, costs, and revenues, the Office determined that fee adjustments were necessary to adjust to increasing costs and to provide necessary resources for its internal operations. In setting fees, the Office attempts to not just cover its current costs but its projected costs for the next several years. Thus, the hike feels steep now because it is, in part, set to off-set future fees. Most fees increased by approximately 5 percent, though some increased by quite a bit more.

Below I cover the fees for some of the more-commonly used actions. There are a number of changes to fees that I have not included here (more info is available at this link).  I’ve quoted the below fees at the small entity rate. 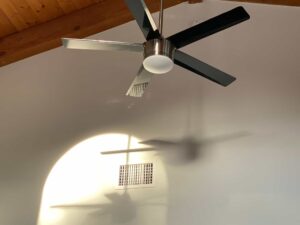 Getting hotter in Phoenix

As discussed earlier, the Patent and Trademark Office is extending certain deadlines where a delay in filing a paper or paying a fee was due to the COVID-19 outbreak.  Initially, the guidance from the USPTO was to include a specific statement in a filing and make it conspicuous.

The Office has now created a fillable PDF form which contains this statement.  The form can be filled and filed directly to the PTO with its own Doc Code.  Upon filing, it should be easily identified by the Patent Office and processed accordingly.

The form is available here.  Please note: this is a patent form; it looks like the other forms used by the Patent Office.  I’m not aware of any crossover between patent and trademark forms.  It could probably be shoehorned into use as a trademark form, but only with modification, as the fields in the upper half of the form are specific to patent applications and issued patents.  However, you may still be better using the “miscellaneous statement” section of TEAS filings to make your COVID-10 statement in a trademark application or trademark registration. 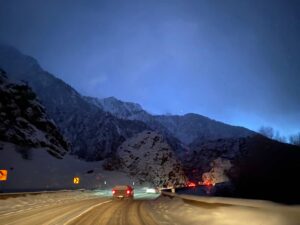 Drive Back from Solitude Ski Resort

The CARES Act gave the US Patent and Trademark Office the authority to toll, waive, adjust, or modify deadlines related to patent and trademark owners in light of the coronavirus pandemic.  At the end of March, the USPTO announced it would do just that.  As I summarized here, certain deadlines falling between March 27 and April 30 would receive 30-day extensions when accompanied by a statement regarding the effect of the pandemic on the deadline.

The Office has now modified that deadline extension.  Yesterday, the USPTO announced that deadlines falling between March 27 and May 31 will now be extended up to and including June 1, provided that the filing or fee payment is accompanied by a specific statement that the delay was due to the COVID-19 outbreak.

Please note – this is not an additional extension.  It does not grant another 10, 15, or 30 days to file.  Rather, it simply says that eligible deadlines can now be extended (under the right circumstances) up to a specific day – June 1.  If your deadline was originally due March 27, this gives you two additional months.  But, if your deadline fell on May 31, this only gives you a single extra day.  It s unclear at this time why the Office chose to create an extension running to a specific day rather than an extension of all deadlines by X number of days, as it previously had.

It is possible that this extension allowance will be modified again.

The Supreme Court has recently ruled, in Peter v. Nantkwest, Inc., that in appeals from proceedings 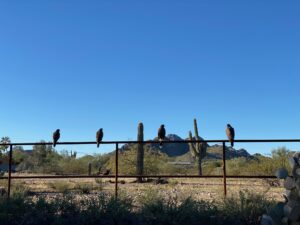 The Patent Office is Not (Yet) Affected by the Government Shutdown

Nearly a month into the government shutdown, the United States Patent and Trademark Office continues to run at full capacity.  The Patent Office is somewhat self-funded, in that the fees that applicants pay to file and prosecute patent applications are used to pay examiners and other staff.  However, the Patent Office is not allowed to spend all of that money willy-nilly; its budget is set by Congress, and the Office is permitted to spend up to that budget limit assuming sufficient fees are collected.

The operating reserve is not exhausted, but is being steadily consumed with this shutdown.  As it drains further, “non-essential” activities will be suspended.  Examiners will likely pause their reviews of applications.  However, the filing systems – and the staff necessary to support them – will remain online so that application filing deadlines can continue to be met.  It is not clear what will happen if the shutdown continues to the point where there aren’t even fees to keep the filing systems up….

Are you excited yet?  The Patent Office announced last week that it will hold its first bi-coastal partnership meeting in the areas of biotech, chemical, and pharma practice.

This inaugural BCBCP expands USPTO’s long-standing partnership in the biotechnology industry sector to customers across the country. The next BCBCP Meeting will be held on September 17th and will be simultaneously available at locations on both the EAST (Alexandria, VA) and West (San Jose, CA) coasts. During the BCBCP, participants will be able to interact with Office personnel in person on both coasts, or alternatively, via webcast. The Biotechnology, and Chemical and Pharmaceutical Customer Partnership was developed to create a collaborative forum for USPTO customers in this industry sector to share ideas, experiences, and insights with USPTO staff. The BCBCP is intended to be informal in nature and will include participants from across the industry. Some of the topics to be discussed by USPTO staff and industry customers will include:

This will be an important meeting because it will be the first since a number of recent Supreme Court cases which have somewhat muddled the water.  Explanation and education from the Patent Office is generally a good thing in working toward clarity and transparency.

Patently-O did a brief post yesterday on a selected group of patent applications to see how the applications have proceeded through the PTO.  Of the applications filed in February 2006, 57% have matured into a patent, 28% are abandoned, and 15% remain pending.  Five and a half years is a long time to work through the Patent Office, but it may be that a large majority of that 15% are in a cramped technology field, one in which the Patent Office has a disproportionately large backlog.