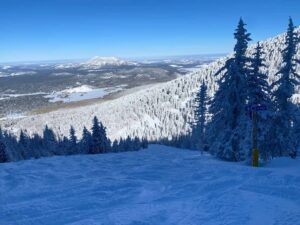 When any office action issues, you have an opportunity to respond.  Under current law, you have six months to file a response.  Fail to file in that time, and your application will abandon.  Often the issues in an office action can be resolved fairly straightforwardly.  Sometimes, a quick phone call to the Examiner is enough.

The Trademark Office sends a trademark final office action when the issues are ones that were presented at least once before and when you at least had a chance to resolve them.  There are a limited number of options for responding to a final office action:

If you file the request early in the response period, then the Examiner might return the denial before the six months is up.  If so, then you can potentially file a notice of appeal to prevent your application from abandoning. The Trademark Trial and Appeal Board (“TTAB“) hears and decides appeals.

However, if you file the request late in the response period, the Examiner may very well return a denial after your six months has expired.  You will not have to file anything else in the application at this point, and it will abandon.

Because of these timing concerns, some applicants file a notice of appeal when they file a request for reconsideration.  This assures them an escape route: if the Examiner denies the second argument, then they will at least have one last shot with an appeal.  And, typically, when a notice of appeal is filed together with the request for reconsideration, the TTAB will actually suspend the appeal to give the Examiner a chance to review first.  After all, if the Examiner reviews it and agrees with you, then it saves the TTAB considerable time.

An appeal takes the case off the Examiner’s desk and asks that a panel of administrative judges at the TTAB review it.  To file an appeal, you must first file a notice of appeal and then follow-up with an appeal brief.  The Examiner gets a chance to file a brief in response to yours.  You then have the option to file a reply brief – a final brief that address the Examiner’s brief.  Once the case is fully briefed, the TTAB then considers all of the briefs and the evidence of record.  It renders a decision.  The TTAB frequently affirms the Examiner, so you must pursue an appeal with caution and care.  If the TTAB disagrees, your only option to save the application is to further appeal the decision into the federal court system.  If the TTAB agrees with you, however, the case will be returned to the Examiner with instructions to allow the application to continue through prosecution.