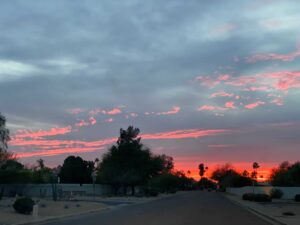 Design patents protect the ornamental and aesthetic aspects of a functional item.  Whereas a utility patent protects the parts of the item, the way its parts cooperatively move or operate together, how they are structured and arranged, etc., design patent protection how that item actually looks.  They do this by presenting drawings of the item and then claiming protection in the design shown in those drawings.  As such, the bulk of a design patent application is the drawings, and there is relatively little written text accompanying those drawings.

Because of this, design patents can often seem to be simple.  But there is a subtlety in each application that requires anticipating the prior art, the course of examination, and the need for expansion of design protection in the future.  Complicating this subtlety is the relative scarcity of practical information regarding design patents.  This is a systemic problem, created by a few factors.

First, there just aren’t many design patents out there.  Pretty consistently, less than 10% of the patents issued each year are design patents.  In recent years, that is about 30,000 issued design patents.  About 40 to 45,000 are filed each year, so very roughly, we can say that a third of filed design applications go abandoned (design apps generally have a pendency of about 6-18 months, meaning they are likely to issue in the same or next calendar year, if they issue at all).

Not only are practitioners not filing a lot of design patents, but the ones that are filed don’t provide much feedback.  Design patent applications are never published, so the 15,000 or so applications that abandon each year do so in secrecy.  This is a tremendous loss of learning opportunity from these abandoned applications.  For comparison, around 600,000 utility patent applications are filed each year and about 300,000 issue; though utility patents have a much longer pendency than design patents, we might safely say that at least one hundred thousand utility patent applications are abandoned each year.  A majority of these are published, and the file histories can be reviewed to see what went wrong.  From that, patent attorneys can determine how not to write and prosecute patent applications.  But because abandoned design patent applications are not publicly available, we can’t study what goes wrong in them.  Instead, we have to rely on what went right.  Moreover, it is not uncommon for a well-written design patent application to receive a first action allowance – in other words, no rejections.  While this is a good thing, it does not help expand a practitioner’s understandings to the edges of design patent practice – could more have been claimed, could the claims have been broader, would there have been a reason to claim differently or present different drawings or more drawings or several embodiments, etc.?  Answers to questions like these are just not available except to perhaps – perhaps – the largest entities with tremendous legacy knowledge and systems developed to pass that knowledge to its team (and almost certainly a large team) of lawyers who may be spread and isolated across different and often competing large law firms.

The Manual of Patent Examining Procedure – the Patent Office’s guidebook for reviewing patent applications – is mostly written to utility patents.  Often decried as a manual for Examiners to craft rejections against patent applications rather than a guidebook for level prosecution (defining the limits of rejections and response arguments), the MPEP pays scant little attention to design patent applications.  This means that examination consistency suffers among Examiners and that practitioner’s counsel to clients becomes more nebulous.  Design applications are then written from a few perspectives: not just based on objective rules in the MPEP and case law (few design cases are ever appealed), but the particular client’s tolerance to risk and cost involved in preparing and arguing an application with an Examiner who may or may not read the rules in the same manner as the last Examiner, or even as they did six months ago.  Principled and rule-based arguments that may win in the well-defined arena of utility patent prosecution may descend into pleading negotiation with an Examiner in light of a refusal in a design patent application.